The story behind JPS

The three people behind JPS (Jan, Peter & Søren Chr.) have known each other since their youth, when they all studied in Aarhus. What started with friendships quickly developed into the desire to create a joint venture.

In 1986, while all three were still students, they established the JPS Administration, where they imported calculators from the United States and sold them to students at e.g. Aarhus University and Teknikum. Shortly afterwards, they began offering property administration and financial advice. They bought their first properties in Aarhus in 1987.

The company was run alongside their full-time jobs and for the first 18 years JPS was primarily engaged in the rental of residential properties. With the founding of the Dansk Administrationscenter in 2000, Jan chose to go full time in JPS, while Søren and Peter started full time in respectively 2005 and 2006 after the acquisitions of i.a. Tropica Aquarium Plants and Hornbaek Trævarefabrik. The acquisition of Tropica was the start of new activities in JPS: Active ownership in companies.

The idea from the start was that all business investments and activities should be done in equal ownership to ensure the best allocation of resources. This approach is still valid today, where the JPS Marselis Group is among the 1,000 largest companies in Denmark. The activities in JPS Marselis are today divided into two activity areas: JPS Industry and JPS Properties.

Learn more about our story in the timeline below. 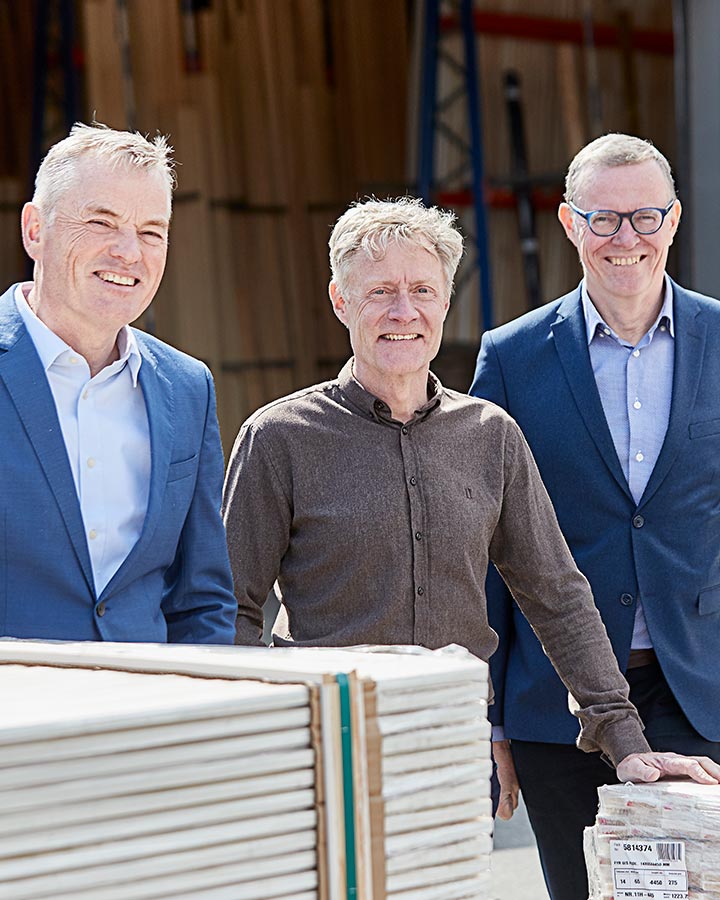 Carmen Damer in Germany becomes a part of JPS, bringing major laboratory resources to the company. 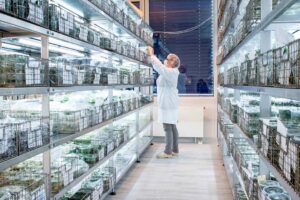 JPS buys Dennerle Aquarienpflanzen, which is a leading brand in aquatic plants. JPS increases the company’s market share in Germany and France. 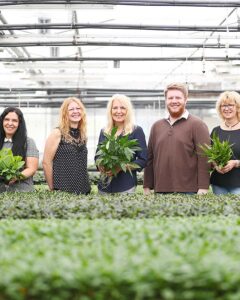 Planet Plants in Germany is acquired

Planet Plants in Germany is acquired. he company continues as a wholesaler of aquatic plants.

All activities are brought together under JPS Marselis.

JPS buys out a customer and starts Tropica North America. In addition, the company acquires a minority position in Nordic Hotels, which has a hotel business in Nigeria. 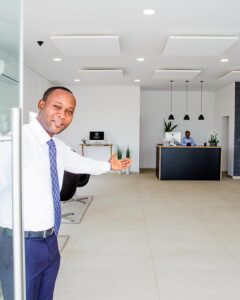 During the financial crisis, JPS acquires a series of properties from bankrupt property companies. The approximately 800 leases are located in Jutland and on Funen. Today, JPS has more than 1,000 leases in its portfolio.

The door manufacture company Vahle is acquired by JPS and Ole Mølby. 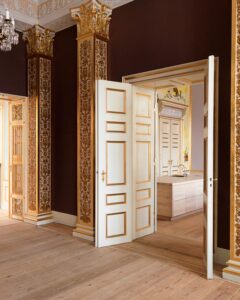 Tropica relocates, moving from Grenåvej to a modern nursery in Mejlbyvej. 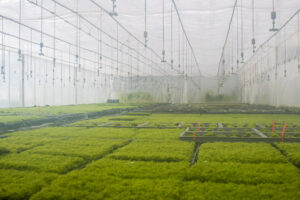 Hornbaek Baltic and Scandiwood are acquired

Hornbaek A/S becomes a part of the JPS Group 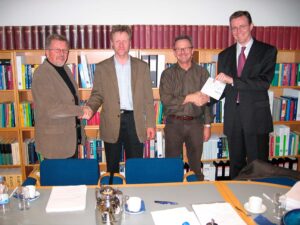 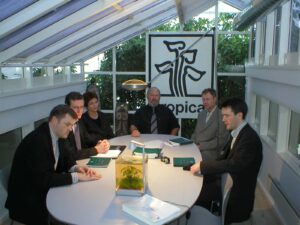 In 2002, the desire arose to expand the business activity to include investing in well-run companies. The first major investment takes place a few years later.

Dansk Administrationscenter is established, with Jan as the director. The company does property administration for both JPS’s own properties and external customers’s properties. The first office is located in Augustenborggade in Aarhus.

In 1998, several municipally owned properties in the country were sold off. PS acquires 150 apartments on Knud Hansens Vej in Kolding and 80 apartments on Mølndalsvej in Nørresundby. The properties, which are still in our portfolio, have subsequently been modernized and developed. 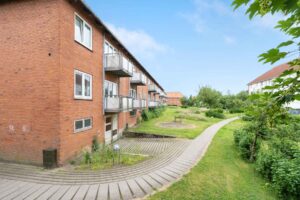 During the recession at the start of the 1990s, JPS succeeds in purchasing Hejredalsparken i Brabrand, Aarhus, from Nykredit. The property with its 128 apartments is the most significant real estate investment made so far, as it has formed the basis for subsequent investments. The property has been developed and the majority of the apartments have been modernized. 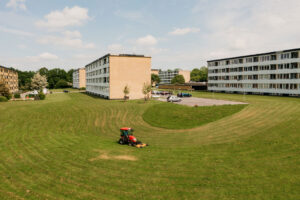 In 1991, JPS bought the property Tietgens Plads 9 in Aarhus, which has eight apartments. The property is still part of JPS’s property portfolio today. The property has subsequently been renovated and two additional penthouses have been established as well as a basement apartment.

Following this investment, JPS changed its strategy, as it was decided to only buy properties with a long-term ownership in mind going forward. It was also decided that opportunities for continuous improvement should be used and that the properties should always be in a good state of maintenance. We still follow this strategy regarding our properties today.

The trend of the time: Buying and selling residential properties

In the years 1989-90, three more properties were bought in Aarhus. They were renovated and sold as housing partnerships to future residents – it was the “in model” of the time.

The first large residential property was bought in 1990 together with real estate agent Tage Madsen. It contained a total of 30 leases and was located at Stjernepladsen in Aarhus Nord. After two years, JPS received a good offer on the property, which was then sold.

In 1988, JPS began offering property administration to local property owners in Aarhus. Real estate agent Tage Madsen in Holme was one of the first customers. The activity was dissolved in 1990, when Jan moved to Greenland. 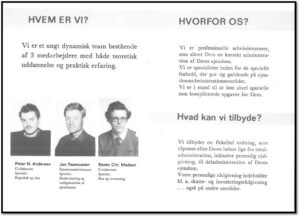 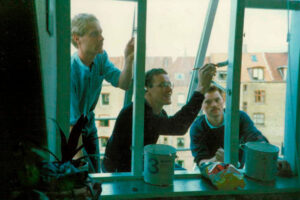 In May 1986, Jan, Peter and Søren established JPS Administration, whose purpose was administration and investment. The three met each other in Frederiksbjerg YMCA & K and started the collaboration by moving in to an office at the top of the association’s property – above the tap beams. At that time, Peter and Søren were studying at the Aarhus School of Business, while Jan was studying to be a civil engineer.

The first activity was parallel imports of calculators from HP, because there was a very large price difference between Denmark and the USA. The primary customers were economics and engineering students in Aarhus.